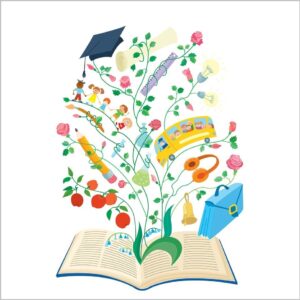 The ninth “THE FIRST TEACHER” contest of primary school teachers of rural schools of the Kyrgyz Republic continues! The first round of the competition in 2020 has been completed. I would like to share with its results. Who will compete in the second round for the prize, and which of the participants will go to the category of fans and observers?

As a reminder, the first-place teacher receives two awards: the Sanjarbek Daniyarov Foundation Award for a 10-day cultural and educational trip to Moscow, and the Foundation’s Special Prize for a cultural and educational excursion with her/his entire class to Bishkek for the weekend. This Special prize is also awarded to the 2nd and 3rd place teachers

The first round of the competition as usual was writing the essay. The 2020 theme – “MY LOCAL HISTORY MUSEUM” – was very highly rated by the participants according to their reviews: Many wrote that in reality they plan to create such a Museum together with students and fellow villagers, and there are those who have already taken the first steps towards its implementation.

11 members of the jury participated in the review of 56 essays, all of them experts in the education system, and four of them were winners of previous “THE FIRST TEACHER” contests. After all, the FACE OF THE COMPETITION IS ITS JURY.  As always in our competition, the jury members received the essays in encoded form and were not able to see the last names, first names, addresses and place of work. Each essay was checked by 7 members of the jury on a 5-point system based on 6 criteria. Thus, the highest score that a participant could get was 210 points (i.e. 7 x 5 x 6 = 210 points).

We sincerely congratulate the teachers on reaching the final of the first round and look forward to an interesting competition 6 teachers in the second round for 3 prizes!

By region the layout is as follows:

It is a pleasure to note that Issyk-Kul residents take an active part in the competition every year, and I will be happy to see them actively participate in the future. We are particularly pleased to note the growing participation of teachers in the Osh region. I hope that Batken will participate in 2021, because we already have a winner from Batken.

I am waiting for all participants-56 teachers as participants and guests of the 2nd round and the award Ceremony! According to the” REGULATIONS on the COMPETITION 2020″, the 2nd round was scheduled for September 5 or 12, 2020 (Saturday). However, due to restrictions on events due to the COVID-19 epidemic, the date of our meeting has been postponed.

I would like to note that I do not plan to organize an event online, but prefer to wait for the restrictions to be lifted. Modern communication technologies are very useful and convenient as an assistant, but they will not replace our live communication!

The date of the event will be announced on this site. And, of course, the Program will be published in advance, as always. Usually, the 2nd round was very lively and interesting, this was to great extent due to our Special guests of Honor. Such guests were:

Who will be the guest of Honor in the 2nd round of the competition and the award Ceremony in 2020?

The highest rated essays of 2020

The highest rated essays of 2019

The highest rated essays of 2018