Home › Home list › COUNTRY › History of my region › NEW ABOUT THE PAST › VASILY GROSSMAN. TRIP TO KYRGYZSTAN. ESSAY OF 1948 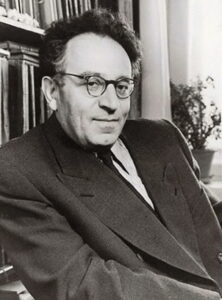 The published essay by Vasily Grossman does not contain anything sensational. In the form of these classic “travel notes” of the writer, a long time worked as a military correspondent. Beautiful Russian language. Fragmentary sketches that deftly add up to a smooth, almost diary-like, account of events. Reflections seamlessly turn into observations and back. Descriptions of seen household scenes, dating with interesting people, natural beauties connected with united author’s associations and memories. In general, one can find in the essay everything that existed in classical Russian and Soviet literature of the XIX and XX centuries.

As for the content, it is for young people a story about an unknown and obscure past. We can say to these readers: Vasily Grossman wrote the truth. It may be, not the whole truth, but only the truth. One can trust him. 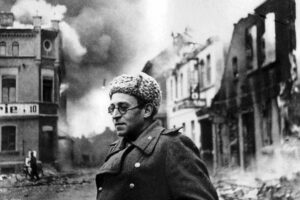 As for those who lived in the USSR at a conscious age, Grossman’s travel notes would be a meeting with something familiar, but stuck in memory. A nice meeting. No “chernukha”, seamy side, and no even critics of Soviet action in the essay. The work was written and published in 1948, that is, during that period of Stalinism, when, paradoxically, many Soviet people still had psychological relief due to a victorious war with a mad external enemy, but signs of a return to pre-war terror and total lies were already in the air. Sensitive people noticed these signs.

Vasily Grossman was one of the first confronted with the manifestation of the worst forms of Stalinism. Together with Ilya Ehrenburg and in collaboration with American Jewish organizations Grossman created the “Black Book” about the crimes of the German Nazis against the Jewish population of the USSR. The book was published in the United States, but the ready-made typographic set in Russian was scattered in the same 1948. January 12, 1948 in Minsk tragically killed Solomon Michaels, chair of the Jewish Anti-Fascist Committee. Under such circumstances, the writer could hardly expect anything good from the future. After all, he was one of those who, even before the war, understood who Joseph Stalin was and what Stalinism was.

In this painful atmosphere Vasily Grossman flies on a business trip to Kyrgyzstan and writes an essay that we offer to our readers. The essay is so bright and kind that it becomes clear: the author was happy on this earth, among these people.

It is easy to find the works of the writer on the Internet, information about his work, about the famous novel “Life and Destiny”, which for political reasons was not published during the author’s lifetime, that Grossman wrote a letter to Khrushchev: “I ask you to return freedom to my book, I ask that editors talk and argue with me about my manuscript, and not employees of the State Security Committee.”

However, do not try to search the Web for his essay “Trip to Kyrgyzstan”. It is not there. It is not mentioned in the list of publications given in Wikipedia.

We found this essay in the Russian Historical Library on a tip from our friend, the correspondent of the newspaper “Evening Bishkek” Alexander Tuzov.

The essay at the moment is presented only in Russian. 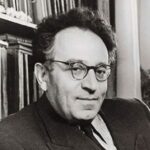 
THE HISTORY OF HISTORY