I continue to share lessons learned from “THE FIRST TEACHER” contest. The issues are of an acute priority, requiring immediate action.

The teacher of the 21st century – no Internet, no computers, not enough textbooks, no books, no Newspapers and magazines, no radio, no theatres and museums… 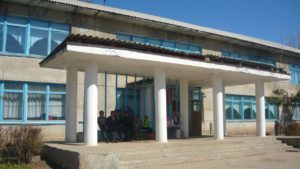 How do the school teachers receive the information they need? How can they gain information about world news in the field of education, lecture materials, analytical reviews, the latest news about what is happening in the world, or in a country and in their neighborhood? What are the information exchange channels between colleagues and within the system of education?

One can say with confidence that teachers in rural areas do NOT USE the INTERNET, and generally do not use the computer. Computers are available in almost every school, of course, insufficient, but at least one or two are everywhere. They are used mostly as typewriters for the Secretary of the school Director. Perhaps in some schools subject teachers in high school have access to a computer, but they don’t use it in everyday life and have no experience in working with the Internet. I say that based on my personal experience.

For example, I did try to send via the Internet the letters to school principals about the contest for rural primary school teachers “THE FIRST TEACHER”, which was organized by Sanjarbek Daniyarov Foundation for the 5th time this year. I made a request for the email addresses of school principals to the heads of all regional education offices of the country. I have to admit that I got the list of almost all email addresses of the rural areas school principals. However, in 100% of cases I got the electronic replies to my messages sent to these addresses that addresses are not functioning. What thought this fact provokes? First of all, our teachers not only do not use e-mail for their own needs, but also don’t exchange messages at work. Their regional heads do not send anything by email to schools, and do not expect  any messages from there. And they probably themselves do not use the Internet. The most operational information exchange resource is not applied…

Some of the contest participants, teachers of initial classes, still sent their essays by e-mail. However, it became clear that in most cases the author turned to a relative or friend for help in typing, and then to someone else for sending email.

Interesting (and disappointing) that almost all the works of a limited number participants that typed essays on the computer themselves, had to be eliminated because of plagiarism from the Internet. It turns out, when some of the teachers try out the Internet, it becomes a source of “borrowing” other people’s works… Here we’re talking about those who bring up our future…

The rest of the essays were sent to us by post or by occasion (that is, forwarded to someone from neighborhood who was traveling on business to Bishkek), and these works were written by hand (by the way, it was allowed according to the contest rules but it made our organizational work complicated, for example, required the scan and removal of the unnecessary information, because the essays were sent to the jury members coded  and without names or coordinates of the participants, it also lengthened the time checking for plagiarism, and hindered the reading of the works by the jury because of authors’ handwriting).

Even here we faced some unexpected issues. Once we received a couple of letters with no address, just, “Bishkek, to the Foundation of Sanjarbek Daniyarov”. In other words, as Vanka Zhukov from Chekhov’s story wrote: “To the village, to my grandfather”! By the way, the letter reached us because the postal workers checked the Foundation legal address in register data base, they made a sticker with a legal address and delivered… What this case shows, besides a decent attitude to the duties of the post office employees? Some teachers do not have the use of email, not only electronic, but also traditional one.

Maybe all teachers subscribe for printed Newspapers and magazines? Give me such references, and I’d love to know about them. Unfortunately, in Kyrgyzstan at the moment only one newspaper KUTBILIM is of pedagogical profile, the organ of the Ministry of education and science. Schools subscribe for it, so that teachers can read it or at least have a quick look at the articles  in the office of Principal. Well, there is now a small “information window”… However the newspaper is not sold and too few people get subscription.

Maybe some teacher subscribe for the non-pedagogical newspapers and magazines? I have no statistics on this subject, but nobody from my acquaintances from the system of education, does. As I was interested in spreading information about the contest I purposely paid attention to this asking them about subscriptions.

Does the FM radio covers the whole territory of the country? And is there a channel, specifically dedicated to the issues of education in the country. If yes, it is unknown to the general public.

It only remains for television the educational role of which is doubtful, anyway, in my eyes.

Apparently, almost the only channel of information exchange, at least, of a professional nature, remain – the refresher courses for teachers…

So, we have entered the 21st century, the century of high technologies! Teachers do not know the Internet, almost do not read Newspapers, magazines and books, they have not enough textbooks and manuals, and all this against the background of catastrophic decline in readership activity of the population, the decline in printing, the disappearance of bookstores, the critical shortage of textbooks for students. In the country of relatively small territory and population it is impossible to quickly convey information to those whose profession includes transmission of information to the generation of the future!

If we can encompass the Informatization of our teachers in the next couple of years? What do you think?